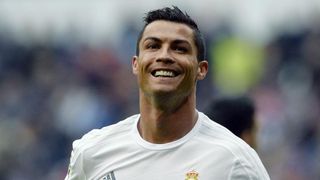 Cristiano Ronaldo is keen to sign a contract renewal with Real Madrid and will hold talks over his future upon his return to the Spanish capital.

The Portugal international's existing deal is due to expire in June 2018, but he is ready to commit his long-term future to Madrid.

"I spoke to the president [Florentino Perez] on the phone and when I get back to Madrid, we'll talk [over a new deal]," the 31-year-old was quoted as saying by AS.

"Obviously it's something I want."

Madrid will get their 2016-17 campaign underway with the UEFA Super Cup encounter against Sevilla on August 9, but Ronaldo will miss the clash in Trondheim.

The prolific attacker has been granted an extended holiday after suffering a knee injury in Portugal's Euro 2016 final win over France and he will not return to work until after the match in Norway.

"I'm completely ruled out of the European Super Cup on August 9," he added.