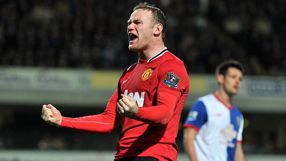 The England international, who is currently fifth in the pecking order with 171 Red Devils goals, is only four behind United legends George Best and Dennis Viollet.

Despite Sir Alex Ferguson’s men still fighting with rivals Manchester City for the coveted league title, the former Everton trainee has revealed that it would be a privilege to confirm legendary status this season.

"I’ve seen about the all-time scoring record and a few people have reminded me of it as well, but I’m still a long, long way away from Sir Bobby [Charlton, on 249 goals] and Denis Law [on 237]," the striker told Inside United.

"I’m obviously proud to be up there and be in touching distance of some legends of the club. Hopefully I can overtake them soon."

The 26-year-old is refusing to get carried away with the task in hand, but hopes to become an Old Trafford icon in the near future.

"It would be an unbelievable feeling if I could get his record, but as I said before I’m still a long way away. Hopefully one day I’ll be able to do it," he added.

"It’s not something I look at all the time, it’s something I’ll probably take more notice of when I’ve finished playing. But I’m certainly proud to be where I am at the moment."