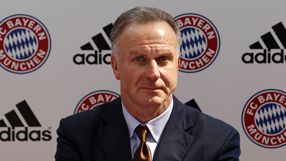 "I think we have had a very good conversation, a very open and frank conversation," Rummenigge told German media following Bayern's 2-0 home league win over Hoffenheim.

"The matter is finished as far as we're concerned and I think the media would do well to end this little war."

"It's important that they get on in a harmonious and trustworthy manner and I have the impression that this is the case," he added.

Television pictures showed Heynckes and Sammer shaking hands and congratulating each other after Franck Ribery scored the first of his two goals for Bayern, who are known as FC Hollywood due to their array of expensive signings and big-name directors.

Sammer publicly criticised Bayern's first-half performance against Werder last week and Heynckes replied by saying that the comments should have been kept private.

A shock 3-1 Champions League defeat at BATE Borisov on Tuesday prompted further criticism by Sammer, who was appointed in the close season.

Club president Uli Hoeness, who like Rummenigge and Sammer is a former Germany international, sided with Sammer, saying the team had to accept the criticism.