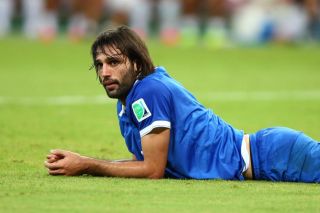 The 29-year-old has joined on a free transfer and is the club's ninth signing under new head coach Alan Irvine.

Samaras – who has represented Greece at two World Cups – has spent the last six years at Scottish giants Celtic, but sought a new challenge.

And West Brom, who claimed they had "beaten off competition from a host of clubs across Europe" to sign the forward, are delighted with the acquisition.

"We've signed a player with vast experience and I'm delighted to welcome 'Sami' to the club," Irvine told the club's official website.

"He has played a lot of football at the highest levels – Champions League, European Championships and World Cups – and the feedback we've got on him, from people like Neil Lennon, states he thrives on the big occasion.

"He will certainly play in plenty of those in the Barclays Premier League.

"Georgios has played in big games for a Celtic team that have often had a lot of the ball and have had to work hard to break the opposition down.

"But he has also shown another side to his game in other matches when they haven't seen as much of the ball."

And Irvine is excited by his versatility in attack, adding: "We have now got four strikers with different qualities, who can be used in different ways.

"That's great for us, because we need to have flexibility, the option to approach games in different ways and cover for injuries.

"I'm absolutely delighted with the four strikers we have."

West Brom added that Samaras will not be involved in the team to face Southampton on Saturday.

Samaras scored 11 goals in 33 appearances in all competitions for Celtic last term.