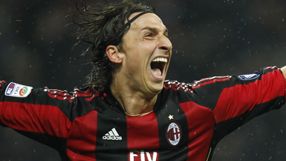 Ibrahimovic, who won three scudettos with Inter Milan, has continued where he left off in Serie A after a difficult one season interlude at Barcelona.

Sampdoria are next in line to try to stop the tall and skilful striker in Genoa on Saturday but so far few others have managed to control him as Ibrahimovic has banged in seven goals in 13 games to propel Milan to the top.

Critics used to say Inter were a one-man team when Ibrahimovic played for them and now the accusations are being levelled at their city rivals, not that Milan are bothered.

"If we are reliant on Ibra then Barcelona are reliant on Lionel Messi," Milan chief executive Adriano Gallaini said this week. "You need great players."

The problem for Milan could come if injury or suspension strike Ibrahimovic.

With Alexandre Pato and Filippo Inzaghi injured, coach Massimiliano Allegri cannot afford to rest him although Tuesday's progress to the Champions League last 16 means the striker may skip the dead rubber against old club Ajax on December 8.

Samp can only look on with envy at Ibrahimovic's seamless reacquaintance with Serie A after struggling to score before Giampaolo Pazzini's hat-trick in Sunday's 3-2 win at Lecce.

Their shyness in front of goal was chiefly a product of creative talisman Antonio Cassano being suspended by the club for grossly offending the president and the Italy forward's future at Samp now looks dead with an arbitration hearing due.

Inter's Samuel Eto'o will miss Sunday's home game with Parma as he serves the first game of a three-match ban for headbutting Cesar in the chest during last weekend's 2-1 defeat at Chievo.

Second-placed Lazio, three below Milan, entertain Catania on Sunday while Napoli in third go to Udinese.