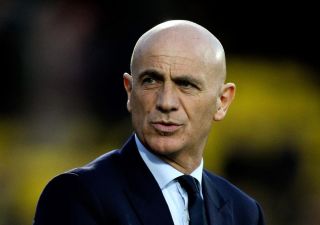 With Watford second in the Championship five games into the new season, Sannino walked away on Sunday following eight months in charge at Vicarage Road.

"I took over a very talented squad when I arrived - but they were boys in many ways," said the Italian in a statement on Watford's official website.

"I'm proud of what we have achieved and I have no doubt that the squad now, who look very much like men who know exactly what they must do, are very capable of getting promotion from this tough Championship league.

"I know I have given everything to Watford; I have given my heart and soul to the job and I have been happy to do this because of the wonderful support I have received from everyone - and most of all the fans, who are truly amazing.

"However I feel I have gone as far as I can so, for the benefit of me and the club, I feel the time is right for me to move on.

"I am convinced whoever will be in charge in the future will have everything ready for him to deliver the success that everyone at the club would wish for."

Sannino guided Watford to 13th in the Championship last season.