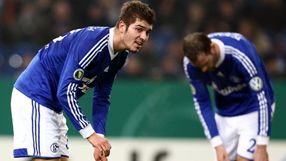 "We thought about it a lot and could not put this game aside easily," Neustadter told reporters. "Many of us slept very little that night after the game [on Tuesday] because we were extremely angered by our performance."

Champions League competitors Schalke, who squandered a fine start to the Bundesliga to drop to seventh at the halfway mark 17 points behind Bayern, sacked coach Huub Stevens and brought in Jens Keller in mid-December in a bid to turn around their fortunes.

After 25 days in the job, however, Keller saw his team surrender without a fight against Bayern in the Qatar friendly ahead of next week's Bundesliga restart following the four-week winter break.

With Schalke facing Turkey's Galatasaray in the Champions League Round of 16 next month and hoping for yet another top-three finish at home to secure a spot in Europe's premier club competition next season, they have their work cut out.

A weak first-half performance in Qatar, when Schalke conceded four goals, triggered the ire of club bosses and sports director Horst Heldt paid a visit to the dressing room at half-time.

"Let's say the coach was not necessarily happy about it," keeper Timo Hildebrand said of the incident.

Heldt, who said club boss Clemens Tonnies called him straight after the game demanding an explanation, said Schalke needed to strengthen their squad, especially after the longer-term injuries of Ibrahim Afellay and Christoph Moritz.

"We are trying to act, we need reinforcements," he told reporters. "We have to take quick decisions that also make sense."

Whether this will happen in time for the Bundesliga start against Hannover 96 next week remains to be seen but Keller said he was not losing hope for this season.

"I am still confident," said Keller, who briefly coached VfB Stuttgart in the past.

"I know how to rate this result and I am still satisfied with our work at the training camp but I want to have a different picture of the team in the future; we cannot present ourselves that way again."