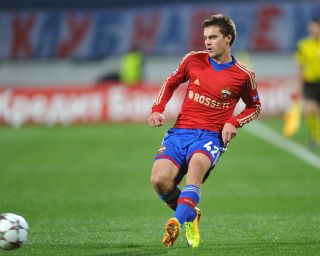 The Russian Premier League outfit have conceded eight goals in their last four matches and 22-year-old defender Schennikov admits they can ill afford to give City an easy ride.

With both sides on three points, Wednesday's meeting in Moscow represents a crunch clash in Group D, which is led by a Bayern Munich side who have inflicted City and CSKA's defeats.

Manuel Pellegrini's men fell 3-1 to the German title holders, while the Russians fared even worse, going down 3-0 - a margin that gave Schennikov cause for concern.

"We have started to concede a lot of goals in our last few games," he told UEFA.com.

"But we are looking ahead and want to concede fewer and try and keep more clean sheets.

"They have got a word-class line-up with very few weaknesses.

"Their forwards particularly impress me and there is a lot of competition for places. Take Jesus Navas – he's a very good player, and we played against him when he was at Sevilla."