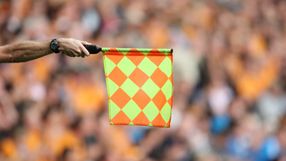 BBC Scotland said the officials had become concerned that their integrity was constantly being questioned by some clubs and individuals.

A decision to take strike action received unanimous backing at a meeting on Sunday, the reports said.

Former Scottish Premier League referee Stuart Dougal told Sky Sports News: "My understanding is it was unanimous and it probably surprised a number of people that there was a groundswell of opinion so strongly agreeing with taking the action that has been suggested.

"I don't think it has been any one thing, there has been a build-up.

"What's got to referees is the level of abuse, the intensity of the criticism and of the scrutiny.

"A number of referees have aired concern about safety and that is something they have decided they cannot take any longer.

"My understanding is there are referees who believe, not only their own personal safety, but that of their family (is at risk) as well. When it gets to that level it is unacceptable."

The reports of a possible strike followed weeks of controversy surrounding match officials.

Scottish Premier League leaders Rangers are due to face Dundee United next Sunday. Nearest challengers Celtic are at home to Inverness on Saturday.