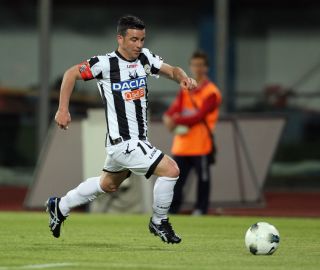 Angelo Di Natale's free-kick may already have been goal-bound, but it was the visiting striker who got the crucial touch to put through his own net at the near post after 80 minutes.

The home side were dominant in the first half, but Di Natale was denied by the offside flag on the half-hour mark and the game remained goalless at the break.

Both teams had been locked on four points prior to the game, but Udinese climbed to 7th place in the table with their second win, leaving Genoa in 13th after five games played.