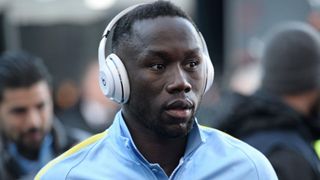 The 34-year-old Frenchman is without a club since being released by Manchester City in June.

Shakespeare revealed the Foxes have looked at Sagna in the past and may well revive their interest in the right-back, who has been capped 65 times by his country.

"We have looked at him before but we haven’t spoken about him recently," Shakespeare said.

"We are aware of the situation. We will look at it and review.

"We are not sure of his situation so we would need to follow that up.

"We have good defensive cover at the moment and players who can cover in different positions but you always have to make sure that you are aware where the cover might come from if you have one or two injuries."

The Foxes are hard at work preparing for Monday night's visit of West Brom to King Power Stadium in the Premier League. October 12, 2017