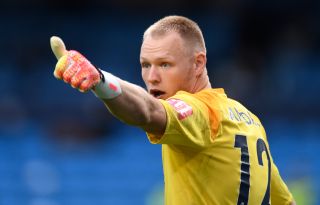 The Blades have had a second offer reluctantly accepted by Bournemouth, the PA news agency understands, and the 22-year-old is only formalities away from completing a return to his first club.

Bournemouth signed Ramsdale from Sheffield United for £800,000 in 2017, with the England Under-21 international making 37 senior appearances for the Cherries.

The Vitality Stadium club rejected the Blades’ initial bid in the region of £12m for Ramsdale, with the Cherries understood to be under no pressure financially or otherwise to sell.

Ramsdale, though, is thought to have had his head set on a move back to his former Bramall Lane stomping ground, with the Blades keen to recruit a first-choice keeper after loan star Dean Henderson’s return to parent club Manchester United.

Chris Wilder steered the Blades to a hugely-impressive ninth-place finish in the Premier League last term.

Bournemouth had initially hoped to hold onto Ramsdale despite their five-year top-flight stay coming to an end.

However, once the Stoke-born stopper confirmed his desire to return to his first club, the Cherries board set about agreeing an acceptable fee.