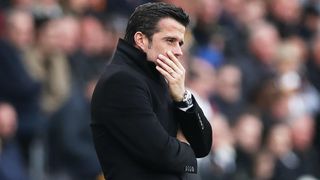 Marco Silva will hold talks with Hull City next week before announcing whether or not he will continue as head coach.

The 39-year-old has won praise for his impact at the club since replacing Mike Phelan in January, although he was unsuccessful in his efforts to steer them away from relegation from the Premier League.

Silva has been linked with the vacant position at Watford, who sacked Walter Mazzarri on Wednesday, but he is keen to finish the season in the best way possible before revealing his plans.

"We start talks and we will have one more meeting next week and after we will announce to you and to the fans our decision," he told a news conference ahead of Sunday's match with Tottenham.

"Next Sunday we will play our last game of the season in our stadium in front of our fans. It's a hard week for us this week and this will be the moment to finish the season well.

"In every moment in life and every moment for the club it is important to learn and to understand why things happen and learn for the next time not to make the same mistakes.

"This is the truth and it is impossible to talk about 'Club A', 'B' or 'C', the most important is that I stay here to work with Hull City and not talk about other clubs."