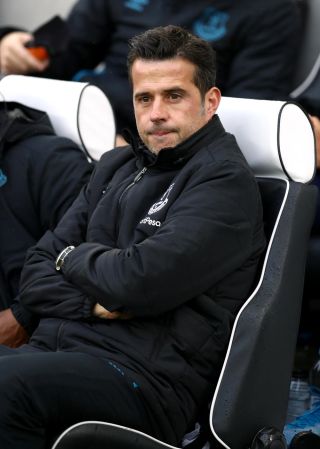 Everton boss Marco Silva has urged his players to move on from the perceived injustice of their dramatic defeat at Brighton and focus on securing Carabao Cup progression.

Silva admitted his players were left dejected in the immediate aftermath of Saturday’s 3-2 loss on the south coast after controversially becoming the first Premier League club to concede a penalty awarded by VAR.

The Portuguese coach has been given little time to lift his team and will be keen for a swift response when his former club Watford visit Goodison Park for the fourth-round tie on Tuesday evening.

“The next game is a different competition and if we have a goal, an ambition to go until the end, to the final, we have to win,” said Silva, speaking after being beaten at the Amex Stadium.

“It is our obligation (to lift the players), we have to. Of course, the mood is really low. It is difficult for a football team when we felt we did a big effort, we did everything that we should do.

“For them (the players), it is really difficult to understand why it happened against us but you have to respect the decision, you have to keep going.”

Everton, leading 2-1, were on course for a first league away win since March when Michael Keane was penalised for inadvertently stepping on the foot of Brighton forward Aaron Connolly following VAR intervention.

Silva, who saw Neal Maupay’s penalty equaliser compounded by a stoppage-time own goal from Lucas Digne, criticised the inconsistency of the match officials after Richarlison was not given a spot-kick for a pull by Martin Montoya.

In addition to the morale-sapping defeat in Sussex, preparation for the Watford clash has been hit by the serious injury suffered by Bernard.

Scans have shown the Brazilian winger suffered ligament damage to his right knee against the Seagulls and will be unavailable for the foreseeable future.

Centre-back Yerry Mina could return to contention after missing out at the weekend with a minor knee issue.