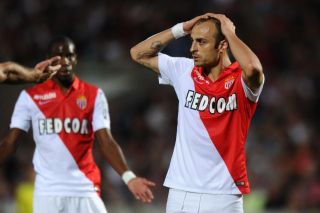 Leonardo Jardim's cashed-up side sit bottom of the French top flight after two losses in as many matches, a far cry from their 2013-14 season - in which they finished second under Claudio Ranieri, and lost only four times for the term.

A 2-1 loss at home to Lorient was followed by a 4-1 thrashing away at Bordeaux but Berbatov insisted his team-mates had worked hard ahead of their trip to unbeaten Nantes on Sunday.

"Obviously it is a bad start. Not the one we expected. The answer is not to worry too much," the Bulgarian said.

"We're going to lose again sometime in the future but I hope it's not going to be on Sunday. We're working hard during the week. Very hard, actually, to correct every mistake we've made in the past two games.

"Hopefully we will do that on Sunday."

Berbatov refused to blame the slow start on the change of coach, claiming players are more than capable of adapting to slight alterations to game style.

"Football is a simple game. Not many things can be different. What difference can it make? You go out there, you play football. One, two touches. Simple," he said.

"You try to win, you try to score more goals than the opposition. There are small things that every coach brings when they go to a new team. Like, you need to press this way or the other way.

"But this is nothing new."

Berbatov said former team-mate James Rodriguez, who made an €80million switch to Real Madrid in the close-season, was bound for a powerhouse club after walking in the door at the Stade Louis II in mid-2013.

"From my first training here, if you understand football, you could see James Rodriguez is a special player," Berbatov said.

"Personally, for me, it was clear that he was going to go to the biggest club. Manchester, Real Madrid, Barcelona whatever."