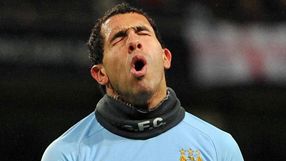 Blatter, speaking at a news conference following the annual meeting of the law-making International Football Association Board, confirmed that tests would continue for another year.

"On goal-line technology, we will go on with the technical experiments and then bring this item back to the IFAB meeting next year in London when a final decision will be taken.

"If it works definitely, the board will say yes to the technology. And if the board says yes then there should be no problem to have it in 2014 in Brazil."

But he ruled out any system being in place for the 2012 European championship in Poland and Ukraine, although IFAB did sanction UEFA's experiment of a five-man refereeing system to be used at the finals.

At the same meeting, IFAB decided not to allow the continued use of neck-warming snoods after July 1 and also ruled that if players wear tights under their shorts to keep warm, the tights must be the same colour as their shorts.

They also ruled that the use of "vanishing spray" used by referees to measure the distance a defensive wall must stand from a free-kick, can continue to be trialed in South America. The referee uses the spray 10 yards from the free-kick to mark out a white line which disappears after about 30 seconds.

However, the main issue concerned goal-line technology which has been on and off IFAB's agenda for the last five years, and was brought back to the table after being "finally" dismissed last year.

However, FIFA, and Blatter's attitude, changed after the failure of the officials to award a goal to England when a shot from Frank Lampard clearly crossed the goal-line against Germany at last year's World Cup in South Africa.

Blatter said: "That was a "blatant, immense error and the time came to re-open the discussion on technology again."

He added: "However, I have to restrict my natural optimism and come a little bit back because the tests we have had so far are not conclusive."

FIFA conducted private testing for 10 systems in February but all 10 failed to meet FIFA's exacting requirements. Further tests will continue in match conditions, but not necessarily in any official matches, over the next 12 months.

Blatter had previously expressed his dislike for goal-line technology preaching the "universitality" of the laws of the game so that the same conditions apply at both the highest and lowest standards.

The English FA, one of the eight voting members of the board, was slightly unhappy that the testing was only extended, because they would have preferred the concept to be agreed in principle.

FA Chairman David Bernstein said: "We are encouraged by what we've heard today and the developments on technology are very positive.

"We might have liked to have gone a little further because we would have liked the principle of goal-line technology adopted.

Alex Horne, the FA general secretary, added: "Given where we were last year, when it got thrown out, that was my worst fear th