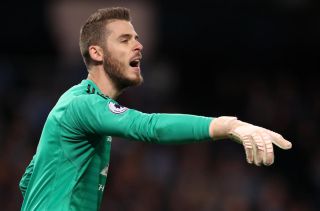 Ole Gunnar Solskjaer has suggested David De Gea is on the brink of signing a new contract with Manchester United.

After demands around the deal saw negotiations stall last season, PA understands that the Old Trafford giants upped their offer to the 28-year-old in an attempt to finally secure his future.

There is now a growing belief within the club that De Gea will sign a new and improved deal that could well make him the best paid goalkeeper in the world.

Paris St Germain, Juventus and Real Madrid – a club he was so close to joining in 2015 – have been linked to the Spain international, but Solskjaer is confident he will remain at United.

“Yeah, he will play tomorrow (against Leeds),” the United manager said. “And hopefully we can agree (a deal) with David, as I’ve said a few times.

“I think that’ll be up to David and the club to announce if that happens. If and when.”

De Gea joined United from Atletico Madrid in 2011 and he has won the club’s Player of the Year award on a record four occasions.