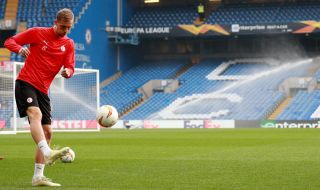 New signing Tomas Soucek will be in the West Ham squad to face Brighton.

Boss David Moyes will assess the fitness of the Czech midfielder, who has joined initially on loan for the rest of the season from Slavia Prague, before deciding whether he should start.

Michail Antonio (hamstring) will be checked over while Felipe Anderson (back), Ryan Fredericks (hamstring), Andriy Yarmolenko (thigh) and Jack Wilshere (hernia) are still out.

Brighton are without defender Shane Duffy, who suffered a shin injury in training.

The Seagulls are hoping the centre-half will be back to face Watford next weekend.