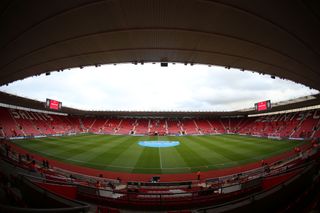 The Argentinian had previously suggested he would leave the club if Cortese departed, but subsequently committed his future to Southampton.

"I am delighted that Gareth has agreed to step into this role," said Liebherr.

"After the events of the past week, my priority has been to bring stability to the management of the club and I am pleased that we have been able to make this appointment from within.

"We had a very positive meeting with all the staff of the club on Monday and I am sure Gareth's appointment will be warmly received.”

Rogers added: "I am very pleased to be able to help the club by stepping up to the CEO's job on an interim basis.

"We have a fantastic staff and everyone is working together to make sure the club ends the season as strongly as possible."