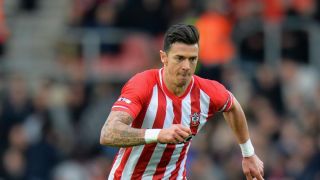 Jose Fonte is sure he and the rest of Southampton's squad can tap into manager Ronald Koeman's experience of European football to make good progression in the UEFA Europa League.

Southampton finished seventh in the Premier League this season, but qualified for Europe's secondary club competition after Arsenal - who will play in the Champions League - beat Aston Villa in the FA Cup final.

Koeman, who was named Southampton boss ahead of the 2014-15 season, won the European Cup with PSV and Barcelona as a player and has managed in his native Netherlands, Portugal and Spain on the continent.

"With the experience of the manager and the titles he's got in Europe, I hope he can pass on the experience that he has gained," Fonte told Southampton's official website.

"Hopefully he can give us the tips we need to go far in the competition.

"First of all we need to try and qualify for the group stages. If we do, there are some very exciting days ahead.

"I'm excited because I've experienced European football only twice and I saw how special it was. The whole atmosphere is special.

"It's something special for the players as well. I'm very happy and excited to be playing in Europe again.

"It's almost the pinnacle. It's not the same as the Champions League but it's the next step. For me personally it will be great to be back in European football."