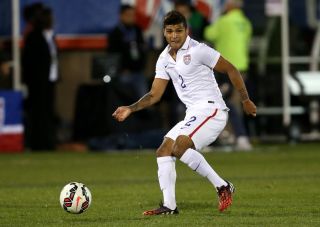 The right-back's move from Seattle Sounders was confirmed in August, with Yedlin set to complete the switch in time for 2015-16.

Yedlin had previously looked into his Latvian heritage in order to obtain a UK work permit, although the matter has now been resolved.

"It is important for his development that he is given the time to adapt to his new surroundings both on and off the pitch and we believe that by coming to us in January it will give him the best opportunity to do so."

Yedlin, 21, made his name with a string of electrifying performances for his country at this year's World Cup, regularly showing express pace on the right flank and dangerous delivery from wide.

Yedlin has nine caps for his country and racked up 69 appearances for Seattle in two seasons at CenturyLink Field.