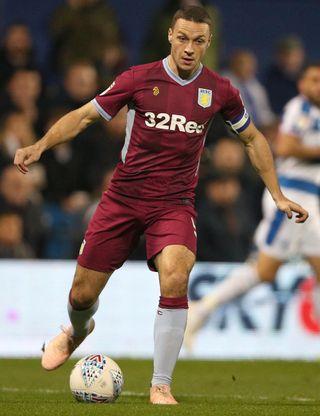 Stoke manager Michael O’Neill is delighted to have added experience to his squad after sealing a loan deal for defender James Chester from Aston Villa.

The 31-year-old Wales international will spend the remainder of the season at the bet365 stadium and is Stoke’s second signing of the month after the arrival of Jordan Thompson from Blackpool.

Chester helped Villa to promotion from the Championship last season but has not featured in the Premier League this campaign, making just two cup appearances for Dean Smith’s side.

O’Neill told the club website: “James is a player who has great experience at both club and international level and I’ve no doubts he will be a valuable addition to our squad for the remaining 14 games of this season.”

Chester began his career at Manchester United before joining Hull in 2011. He made 170 appearances for the Tigers before spells in the midlands with West Brom and Villa.