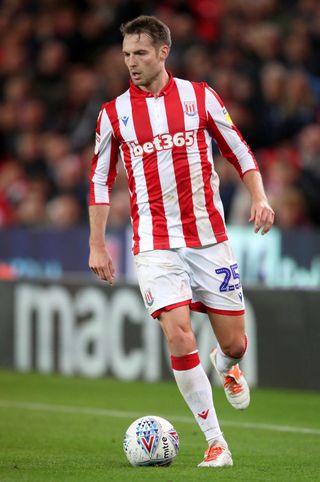 Improving Stoke boosted their survival hopes with a 3-1 win at home to relegation rivals Charlton.

James McClean gave the hosts the lead with his sixth goal of the season but Stoke went into the break all square after Ben Purrington equalised in stoppage time.

Ince scored his first goal since August 10 to put Stoke back in front just after the restart, before Powell made the points safe.

The result moved Stoke one point above their opponents, who are one place and four points above the bottom three.

Sam Clucas had a second-minute shot well blocked on the edge of the box by a defender as Stoke came out fast.

The home fans were left shouting for a penalty when Joe Allen’s powerful shot was charged down by Purrington after 12 minutes.

Ince had a shot blocked following a Clucas corner minutes later as Stoke kept up the pressure.

An unmarked Jason Pearce failed to connect with a corner after 17 minutes for the Londoners, before he headed over seconds later following another corner.

The Potters went ahead in the 28th minute when McClean tapped home at the back post after Powell headed a Clucas corner into his path.

Dillon Phillips was called into action as he kept out a dipping volley from Clucas in the 34th minute.

But two minutes into the second half Stoke restored their advantage when Ince finished well after Allen played him in on the edge of the box. The goal had a hint of offside about it with the Charlton defence staying static as they waited for the flag to go up.

Lyle Taylor failed to hit the target with a header after 57 minutes and was then inches away from getting on the end of a Pearce header six minutes later as the visitors began to apply some pressure.

City doubled their advantage when Nick Powell got on the end of Smith’s cross to slot home at the near post after 66 minutes.

The visitors were once again left angry at the officials following the award of a throw-in to Stoke in the build up to the goal.

Charlton came close to a consolation but Taylor fired an effort wide on the stroke of full-time as Stoke saw the game out.