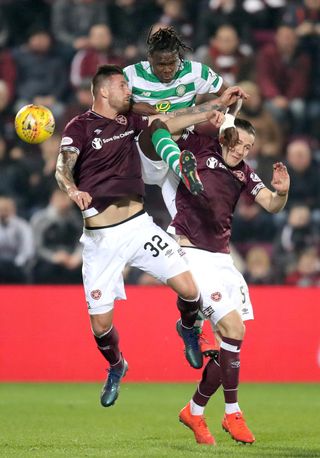 Jambos boss Craig Levein waited six months to land the Czech frontman on a Bosman signing but when he did finally arrive in January the 28-year-old failed to impress.

Levein was unhappy with the shape the former FK Teplice forward was in when he reported for duty in Edinburgh and he failed to net in seven appearances for the club.

In a statement, the Gorgie outfit said: “Heart of Midlothian can confirm that David Vanecek has today left the club by mutual consent.

“Having found regular game time hard to come by in Scotland, the decision was made to allow David to search for more regular first-team football elsewhere.

“The club would like to wish David all the best in the future.”