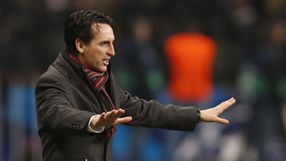 "Unai Emery is Sevilla FC's new coach for the rest of this season and one more campaign, replacing Michel, who has been sacked today due to the first team's poor run of results," Sevilla said in a statement on their website.

Emery will take charge of his first training session on Tuesday and select the squad for Wednesday's King's Cup quarter-final first leg at Real Zaragoza.

Michel was appointed in February 2012 to replace the sacked Marcelino and the 2006 and 2007 UEFA Cup winners ended the season in ninth place, failing to qualify for Europe.

A 2-0 defeat at Valencia on Saturday left them mired in 12th on 22 points at the halfway point of the season and in danger of missing out on a place in continental competition again.

Like many of Spain's top-flight sides who lack the earning power of dominant Real Madrid and Barcelona, Sevilla have found it difficult to balance their books and the cash they earned from playing in Europe has helped them stay competitive.

Emery, 41, was dismissed by Spartak in November following a 5-1 home defeat by bitter city rivals Dynamo in the Russian Premier League derby.

He left Valencia at the end of last season after leading the club to third place in La Liga and automatic qualification to the Champions League for the third year in a row.