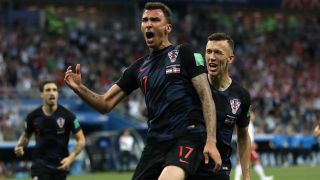 Former Croatia international Filip Tapalovic has been surprised by the nation's World Cup run, highlighting their mentality and team spirit as crucial.

Zlatko Dalic's men face England in the semi-finals in Moscow on Wednesday in what will be Croatia's second last-four clash at the showpiece tournament.

Led by Luka Modric and Ivan Rakitic, Croatia were considered among the dark horses before the tournament in Russia.

Tapalovic, who made three appearances for the nation, said a combination of factors had led to Croatia's success, with 2018 marking the first time since they finished third in 1998 that they have progressed beyond the group stage.

"I'm surprised. They have a good team, but also in the past they've had a good team and not reached more than the group stage," Tapalovic, now an assistant coach at Adelaide United, told Omnisport.

"I think they have a good mentality in the team, team spirit which is very important for a tournament.

"They're compact, very organised, they have a good midfield with Rakitic and Modric, and lots of players have won in the past a lot of trophies with their clubs, not only in Croatia with Dinamo Zagreb but also outside in France, Italy, Spain, and they have a lot of experience.

"It's not their first tournament, it's maybe the last World Cup for a couple of them, but I think maybe now is the right moment.

"Also, they have had some luck maybe, some lucky situations, on the right side of the draw and Argentina were not so good, but I think they deserved what they did and I hope they can go to the next step and the final."

Croatia and England are joined in the last four by France and Belgium after a World Cup at which several heavyweights, namely Germany, Brazil and Spain, were eliminated earlier than expected.

Tapalovic, who played for the likes of Schalke and 1860 Munich during his career, said some of the results had come as a shock.

"A lot of surprises at the World Cup, with Germany, Argentina, they are out of the competition, but also surprised by England, how they play, their style, how they play different to the past," he said.

"Belgium play very good football, of course France, also Brazil played very good. It was a good game against Belgium [in the quarter-finals]. Both teams deserved to go through to the next round.

"Croatia have reached the semi-finals. I think they've played a good tournament."