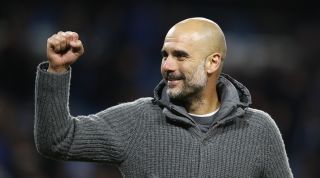 The Premier League champions will pay £16m to bring the 18-year-old to the Eithad Stadium.

Almada, who currently plies his trade for Velez Sarsfield, has been linked with several top-level European sides.

However, Pep Guardiola's side have won the race for his signature having convinced the player to move to Manchester.

City will immediately loan Almada to Sporting CP for the 2019/20 campaign, having scrapped their plan to send him to Girona following their relegation from La Liga last term.