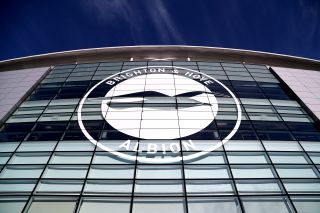 The unnamed player will go into 14-day isolation while he recovers from the virus.

The rest of the squad will continue to train as they have been doing during the lockdown, both at home and in solo sessions at the club’s training ground.

Two other players, whose names have also not been revealed by the club, contracted the virus earlier in the pandemic. They are understood to have since recovered but it is not clear whether or not they have returned to training yet.

The news comes as Seagulls technical director Dan Ashworth has called for players’ safety to be on top of the agenda at Monday’s Premier League meeting.

Clubs will meet for a crunch vote on Project Restart’s plans to complete the Premier League season at neutral venues – something Brighton have been vocally critical of.

The PA news agency understands that is the only issue of the planned resumption that Brighton are against and want the chance to secure survival on the pitch.

It is understood they are against the idea of the current sides occupying the bottom three – Norwich, Watford and Aston Villa – to be relegated if the season cannot be completed.

Ashworth insists that player safety is the main issue to be addressed, with Sunday’s third diagnosis of one of his players sure to bring that into further focus.

“The safety of players and staff is top of that list, everyone’s working hard to minimise risk for those groups,” he told the club’s official website.

“The most important thing is safety, then you can look at the whole thing and discuss how it can all look, it’s about putting together the pieces of the jigsaw once we have a better idea of what the plan looks like.”

Aston Villa and Watford have joined Brighton in speaking out against plans to play the remaining 92 games at neutral venues and it is sure to be a point of contention.

But Parish hopes clubs can unite.

“There are no easy answers, we have to work through it as a collective and I think we will and come out with a consensus in the end,” he said on The Andrew Marr Show.

“(The meeting) is another part of the journey in trying to get football back. We would be derelict in our duty if we did not find a way for the game to come back.

“It may prove beyond us, we have huge challenges in order to get it back to complete the season but we are planning on doing so.”

The Premier League will have a keen eye on how things pan out in Germany, who are due to restart their top two leagues next weekend.

However, that could now be in doubt after Bundesliga 2 side Dynamo Dresden went into a 14-day quarantine after two players tested positive for coronavirus and their match has been postponed.

Parish added: “Hopefully we have the German situation going on, if that is successful that could provide a blueprint for us.

“We are hoping it is successful. Clearly we can see some of the early challenges, they may prove insurmountable.

“The concern for us is if they prove insurmountable now, we may be in for a very, very extended period of not being able to play and that has huge ramifications for the game.”