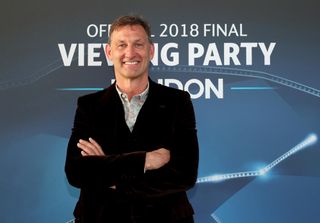 It is 20 years since the former England international founded Sporting Chance, offering fellow sports professionals access to support for mental health and addiction issues after his own fight with alcoholism.

The charity has gone from strength to strength during that time and in 2019 dealt with more than 1,200 cases across sport.

Footballers, past and present, made up 653 of those cases and Adams is concerned about the prevalence of gambling in the sport he loves, as well as the impact of betting advertising throughout it.

“The stuff with working with women, there seems to be more panic attacks, anxieties.

“Similarly, if you work with jockeys, there’s pills, there’s specifics for that industry and addictions.

“With football, we’re talking gambling. Premier League. It’s a bit of an epidemic, to be honest with you.”

Adams’ former Arsenal team-mate Paul Merson recently admitted he wanted to kill himself last year due to issues with drinking and gambling.

Just this week Hamilton head coach Brian Rice accepted an immediate five-game ban for breaching betting rules, with a further five suspended by the Scottish Football Association, having been left “powerless” and “helpless” by addiction.

There have been many more high-profile cases and Sporting Chance says 70 per cent of the addictive disorders they deal with in football relate to gambling.

“As a charity we are not anti-gambling and not anti-drinking,” Adams said. “We are very pro athlete who wants help.

“We are not involved in the politics of the gambling companies or sponsorship.

“We don’t take any sponsorship from gambling or alcohol. It’s not part of me. I can’t be associated with something that nearly killed me.

“That would be morally wrong. When a sports person reaches out we are there to help.

“Ideally I would get the advertising out of the game because it does influence people. They spend fortunes on the ads for a reason. It’s because it works.

“It normalises it and that’s the issue I have got.”

Such are the issues that Sporting Chance are in the planning stages of creating the only residential treatment facility in the world for sports professionals that solely treats gambling addiction.

Adams has not struggled with gambling himself but knows all too well the depths addiction takes people to.

Such a honour to be present at the 20 year anniversary dinner of Sporting Chance. Thanks to the vision of @TonyAdams so many people have been helped. Thanks also to @LeeDixon2@thedavidseaman and Tom Watt. Gentlemen, all of you 👍 pic.twitter.com/y7VvzOftUk— Dr Lewis Owens (@Martin2018St) January 30, 2020

“I think when I got enough pain and I was broken enough and I got to my bottom it enabled me enough to ask for help,” the 53-year-old said. “But I needed a lot of pain.

“Sleeping with people I didn’t want to sleep with. I’d never do that today but that’s where it took me.

“I have to remind myself, at the end of my drinking I did not want to live, but I didn’t know how to kill myself.

“I was at ‘jumping off point’ we call it. I got there, and only then was I able to ask for help.

“It was a weakness. A weakness. I was all about destroying. It’s against every bone in your body.

“John C, a very famous boxer, he always says it was against everything he was ever taught and learned internally. And then you throw the towel in.

“Paradoxically when I threw the towel in, that’s when I started to win.”

Having successful fought his own battle, Adams says the pride of helping others through Sporting Chance, a much-needed independent sanctuary for athletes, trumps anything he achieved on the field.

“You know, it’s nothing like captaining your country, going out at Wembley, captaining Arsenal to 10 trophies, playing your first game – they’re all amazing things.

“But, phew, saving people’s lives, takes it out of all context.

“When I was at the bottom, you see, football was off the radar. The game that I love to death, absolutely has given me everything in my life, why I’m here sitting with you guys today is football.

“I played 22 years. This (with Sporting Chance) is 20 and counting.

“It will go long beyond me, I’m an instrument, I’ll be long gone, and it will still be giving people help.”