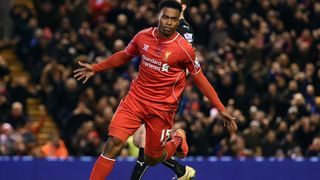 Sturridge has not given up hope of being runners-up once again either, but is focused primarily on UEFA Champions League qualification.

"It is important to secure fourth place and then from there look on," the England striker told Liverpool's official website.

"To finish in the top four is realistic for us, it's what we're aiming to do, and if we can get higher than that then perfect.

"But finishing in the top four is the objective and that's the most important thing for us. It's not about aiming for anything other than that now.

"If we can finish in the top four, then we can push on and challenge for the title again next season.

"I think top four is definitely possible for us."