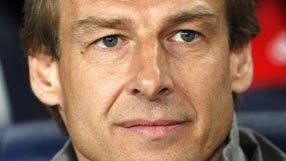 "Toronto FC announced... that they have retained the consulting services of former footballer and manager, Jurgen Klinsmann, and his consulting company, SoccerSolutions, as advisors to Toronto FC as the club reorganises its soccer infrastructure," the Canadian club said in a statement.

"We're honoured to work with a football icon like Jurgen and have access to his wealth of experience and expertise to evaluate our current operations and support our team's development," said Tom Anselmi, chief operating officer for Maple Leaf Sports & Entertainment, the club's owners.

This is the first appointment for Klinsmann after an unhappy spell at Bayern Munich in 2008/09 that started with great expectations but ended before the season was over when the club sacked him with only a handful of matches left to play.

"Jurgen's knowledge of the game and track record of international success... will allow us to objectively look at everything from players to people to processes and to conduct a comprehensive search for new leadership," Anselmi said.

Klinsmann, who won the World Cup with Germany in 1990 and steered the national team as coach to third-place in 2006, has been living in the United States for several years.

The German said he had a verbal agreement to take over from Bob Bradley as the U.S. national team coach after the World Cup in South Africa in July but the deal eventually fell through.

After retiring, Klinsmann, who played club football in England, Italy, France and Germany, was appointed Germany coach and took his national side to the World Cup semi-finals on home soil four years ago before his unhappy spell at Bayern.

At this year's World Cup he was an analyst with ESPN television.

Toronto finished fifth in the MLS Eastern Conference in the 2010 season.