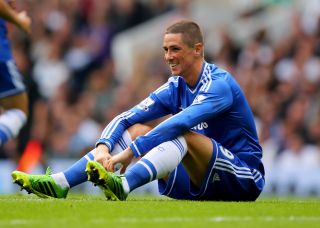 Jose Mourinho's side are two points off Premier League leaders Arsenal and have taken three points from a possible six in the group stages of the UEFA Champions League.

However, Torres, who has scored twice in all competitions this term, has backed Chelsea to threaten on all fronts.

Asked what his targets are for the season, Torres told the London Evening Standard: "To win everything and it can be realistic.

"We have a great squad and we have to think positively.

"The main thing is to go step by step. We can't say we're just going to focus on the Premier League and Champions League.

"We want to finish with a trophy. The Premier League would be great, the Champions League even better, both of them massive and a few cups, why not?"

However, Torres is under no illusions as to the level of competition in the Premier League this season, suggesting it is more competitive than other divisions in European football.

"It’s very difficult. The league is different than any other," he continued.

"It’s more competitive, there are not just two or three teams, there are five or six all with the chance if not  to win, to qualify for the Champions League."