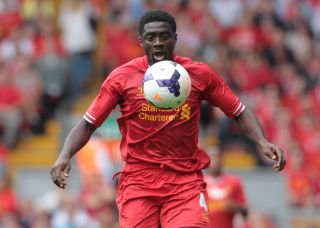 Brendan Rodgers' men are the only team with a 100 per cent record in the top flight after winning their opening three games of the campaign without conceding a goal.

Rodgers takes his side to former club Swansea City on Monday, and Toure has urged his team-mates to keep their focus ahead of their trip to the Liberty Stadium.

"A great start is very important, definitely - but it is better to take it game-by-game," the 32-year-old told Liverpool’s official website.

"We've been playing every game like a cup final and we want to win games.

Toure's all-action style of defending and leadership qualities have established him as a firm favourite among Liverpool fans since his close-season move from Manchester City.

And the Ivory Coast international went on to say the camaraderie in the Anfield dressing room has been a crucial component of their superb early-season form, but insisted they will be taking nothing for granted in south Wales.

"Team spirit is high, everyone is working really hard," he added.

"We will head to Swansea high on confidence because of the position we are in, but we know we need to be focused because it's going to be a really hard game."