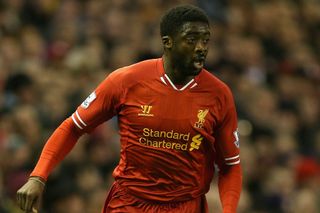 Brendan Rodgers' men suffered a blow in their 2-0 FA Cup third-round win over Oldham Athletic on Sunday as defender Daniel Agger limped off with a calf injury in the closing stages.

Denmark international Agger joins the likes of Daniel Sturridge, Mamadou Sakho and Joe Allen on the Anfield club's list of absentees ahead of their weekend trip to Stoke City.

But centre-back Toure is hopeful Brendan Rodgers side - who are six points behind Premier League leaders Arsenal in fourth - can maintain their title challenge.

"We hope it's not bad news about Daniel (Agger)," Toure told the Liverpool Echo. "It's been a tough period with so many games and we're playing in such a tough league.

"Everybody in the squad always gives 100 per cent in training and in games and when you do that you can pick up injuries.

"It's part of the game. We have other players who can step in and play. It's not easy when you have to make a lot of changes. But that's what pre-season was for - to get everyone used to playing with each other.

"When the league starts you know that anything can happen. We have to adapt and get on with it.

"It's really hard to get games here so when you have a chance to play you have to be ready. We need to keep winning."