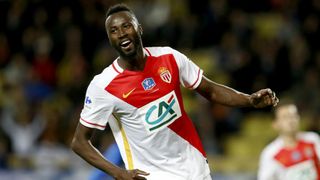 CSKA Moscow have completed the signing of Lacina Traore from Monaco on a one-year loan deal.

The Ligue 1 side announced last weekend the towering striker was on his way to Russia and he has now inked his contract after ironing out the final details.

Traore, 25, previously played in Russia with Kuban Krasnodar and Anzhi Makhachkala, before joining Monaco in January 2014.

"I am really happy to have joined CSKA," the striker told the club's official website.

"CSKA are one of the best clubs in Russia. I have played in this league before and saw how CSKA dominated.

"I am looking forward to a fruitful cooperation."

The towering attacker spent the second half of the 2013-14 campaign on loan at Everton, but failed to impress at the Premier League side and returned to the Stade Louis II in June 2014.

He has since made 35 matches in all competitions for Monaco, scoring 11 goals in the process.