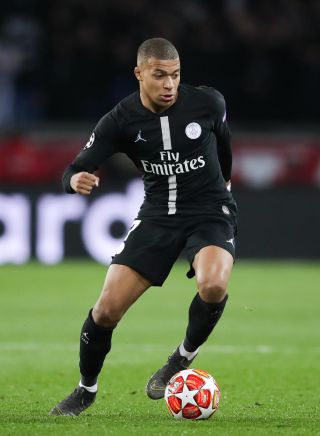 Paris St Germain head coach Thomas Tuchel has offered no guarantees that star forwards Kylian Mbappe and Neymar will stay at the club.

Mbappe grabbed headlines with his acceptance speech after being named the French professional footballers’ union’s Ligue 1 player of the season, suggesting he may need to consider “a new project”.

Those comments from the 20-year-old World Cup winner fuelled speculation about a move away from the Ligue 1 champions, while Neymar’s future is a source of constant conjecture.

Tuchel felt Mbappe’s comments were unnecessary and admitted he could not be certain the pair would remain at the club.

“As a coach, I do want them to continue, but this is football, we are not naive,” Tuchel told a press conference, as reported by AS.

“Many clubs want to transfer many players and the market is crazy, but if you ask me, the coach, yes, I want them here next season. But if they are not, we will find solutions.

“Mbappe has goals, he is very intelligent and maybe he thought it was time to say it, but he is invited, like all PSG players, to assume responsibilities.

“It is not necessary to make a speech to say that. He’s a special guy, he wants to score, score and score, win all the possible titles… we have to accept it, I’m not angry.”

Tuchel has guided PSG to another dominant league campaign, but the club once again fell short in the Champions League after their shock last-16 exit to Manchester United.

That has raised pressure on the German manager, but he insists he is determined to help the club move forward.

“It’s always my goal to grow and learn, that’s why I’m here,” he added. “It’s a gift to be a coach, it was important for me to work in another country, it’s a great experience, but it’s just the beginning.

“The last phase of the season was a bit difficult, we made an analysis, the club knows it and now we have to improve.”