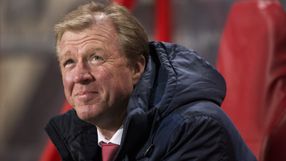 Steve McClaren's Twente side moved to 41 points from 19 games ahead of PSV Eindhoven, who suffered a shock 3-1 home defeat against PEC Zwolle on Friday.

Twente, who were never convincing, had their best chance before the break when a header by central defender Douglas hit the bar.

They might even have lost had keeper Nikolay Mihaylov not denied RKC a late winner when he saved Nourdin Boukhari's shot with his foot five minutes from time.

"We are supposed to win at home against RKC but we played badly and created hardly any chances and then you have to be satisfied with a draw," said Twente captain Wout Brama.

"But it is sour that we spoiled the chance to go three points clear at the top."

Fifth-placed Vitesse Arnhem, on 35 points, fell further behind the leaders after conceding four second-half goals in a 4-1 defeat at AZ Alkmaar where Jozy Altidore got a hat-trick.

United States international Altidore opened the scoring from close range 10 minutes after the break before Roy Beerens doubled Alkmaar's lead. Altidore then added two more goals to lift his tally to 14 before Gael Kakuta pulled one back.

Everton's first minute strike for Heracles Almelo earned a 1-0 win at Heerenveen, while NAC Breda beat VVV Venlo by the same scoreline in a relegation battle.