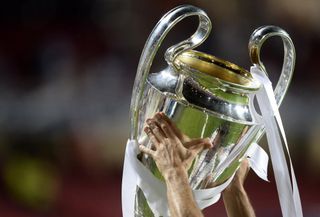 The Romanian side, winners of the competition under its former guise of the European Cup in 1986, eased into the third qualifying round with a comfortable triumph over their Norwegian counterparts on the night that secured their progress 3-0 on aggregate.

Leading 1-0 from the away leg, Steaua finished the job thanks to second-half goals from right-back Cornel Rapa and attacking midfielder Nicolae Stanciu to set up a tie with Aktobe of Kazakhstan.

A late flurry from Aktobe ensured a 3-0 win on Wednesday, 4-0 on aggregate, over Dinamo Tbilisi of Georgia - Aleksey Antonov, Igor Zenkovich and Abat Aimbetov all on target for the hosts.

Arguably the most impressive performance of the night came from Legia Warsaw, who hammered St Patrick's of the Republic of Ireland 5-0 to progress.

Serbian Miroslav Radovic had rescued his side in the first leg with a late equaliser as it ended 1-1, and he was the key for the Polish club again, netting a double as the visitors secured a 6-1 aggregate win to book a clash with Scottish champions Celtic.

Forward Isaac Kiese Thelin proved the difference for Swedish side Malmo, his 19th-minute strike ensuring a 1-0 aggregate success over Ventspils in Latvia.

Malmo, runners-up in 1979, will face Sparta Prague in the next round, and they will also be joined by fellow Scandinavians HJK.

The Finnish side claimed a 2-1 win against Rabotnicki of Macedonia to ensure a meeting with APOEL.

Elsewhere, Maribor overcame Zrinjski 2-0 and will face Maccabi Tel Aviv in the third qualifying round.