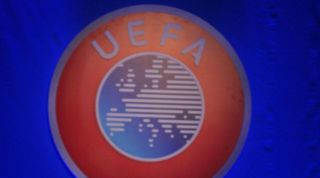 In a statement on Friday, UEFA revealed it had been informed of arrests that had taken place on Wednesday following criminal investigations by Latvian law enforcement authorities.

A statement from European football's governing body read: "UEFA has been informed about Wednesday's arrests of members of the Latvian club FC Daugava Daugavpils for alleged cases of match-fixing.

"After the collection of all evidence, UEFA will launch the appropriate disciplinary proceedings against the club, Daugava Daugavpils, and the club president, as well as the players concerned.

"The allegations relate to a UEFA Champions League second qualifying round match in the 2013/14 season.

"Thanks to the UEFA Betting Fraud Detection System, which annually monitors over 32,000 matches in Europe, irregular betting patterns were reported around the Latvian club's game against the Swedish side IF Elfsborg on 17 July 2013.

"This prompted the launch of an investigation, conducted by UEFA in close cooperation with the Latvian Football Federation (LFF) and Latvian authorities, into the match in question; the first leg of the tie which Daugava Daugavpils lost 7-1 away from home, before also losing 4-0 at home in the second leg. The Latvian law enforcement authorities consequently started criminal investigations that led to Wednesday's arrests.

"UEFA has adopted a strict zero-tolerance policy regarding match-fixing and corruption. Serious sanctions (including lifetime bans from football) are imposed in cases where players, officials or referees have been found guilty of breaching these provisions."