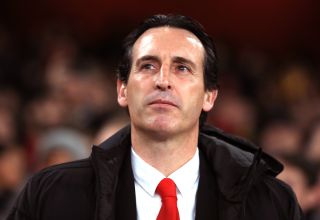 Former Arsenal manager Unai Emery has been named as the new manager of Spanish side Villarreal.

The LaLiga outfit have handed Emery a three-year deal to succeed Javier Calleja, who left the club earlier this week.

Emery, 48, who led Villarreal’s rivals Valencia into the Champions League earlier in his career, has been out of the game since parting company with Arsenal last November.

The announcement sees Emery return to his native Spain, where he also enjoyed success with Sevilla, winning the Europa League three years in succession before moving to Paris St Germain in 2016.

A statement from Villarreal read: “Villarreal has reached an agreement with Unai Emery for the Basque coach to lead the Yellows for the next three seasons.

“Unai Emery is a reputed coach with significant experience in international football.”

Villarreal enjoyed an upturn in fortune after the Covid-19 stoppage, winning seven of their final 11 matches to secure fifth place in LaLiga and Europa League qualification.

Yet that was not enough to keep Calleja in his job, with the club announcing on Monday there would be a change at the Estadio de la Ceramica.

Emery began his managerial career with third division Lorca, whom he led to promotion before then guiding Almeria to the Primera Division. He then led Valencia to three third-placed finishes and moved to Sevilla in 2013 after a brief stint at Spartak Moscow.

After the Europa League successes of 2014-16, he won Ligue 1 and the French Cup with PSG and then succeeded Arsene Wenger at Arsenal in 2018. He led the Gunners to the 2019 Europa League final but was sacked by the London club after 18 months in charge.