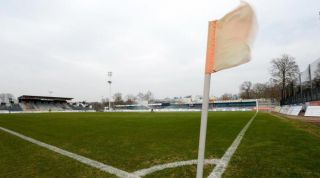 Danubio led 2-0 at the half-time interval but four goals in the final 12 minutes from Agustin Gutierrez inspired Racing to a remarkable victory in their Apertura season-opener at the Estadio Jardines del Hipodromo on Saturday.

Racing were offered a lifeline in the 78th minute after the referee pointed to the penalty spot and Gutierrez made no mistake as he converted.

Gutierrez was at it again in the final minute of normal time, levelling proceedings before he capped a sensational comeback with his third goal of the match in the 94th minute.

Danubio had no answer for the 22-year-old, who put the result beyond doubt two minutes later.

The 35-year-old opened the scoring in the 13th minute, only for Defensor Sporting to hit back five minutes later through Giorgian De Arrascaeta.

Alonso restored the home side's lead in the 23rd minute and the veteran completed his hat-trick four minutes into the second half.

Sebastian Fernandez and Alonso heaped more misery on Defensor Sporting late in the game, though Nicolas Olivera netted a 90th-minute consolation for the visitors.

In other results over the weekend, Penarol accounted for Cerro 3-0 courtesy of Antonio Pacheco's brace.

River Plate come from behind to beat Atenas 3-1 with Michael Santos, Cristian Techera and Robert Flores all on target.

Two goals from Lucas Cavallini inspired Fenix to a hard-fought 3-1 victory over Juventud.

Wanderers conceded two goals in the final 19 minutes to lose 2-1 at home to El Tanque Sisley, who were led by Joel Burgueno's double.

It was a similar story for Sud America, with Maureen Franco's late bracing lifting the visiting team to a 2-1 win at Rampla Juniors.

Meanwhile, Rentistas and Tacuarembo shared the spoils after playing out a 1-1 draw.