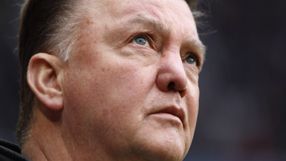 The Dutchman will depart after the current campaign, a year earlier than the end of his contract, after Bayern, who won the domestic double and lost to Inter in the Champions League final last season, missed out on any silverware this year.

They were beaten 3-2 by holders Inter, after winning 1-0 in Italy and leading 2-1 at halftime, to go out on away goals.

"Look, we are all disappointed with the result but what we have decided still stands," said Bayern CEO Karl-Heinz Rummenigge.

Bayern said in a statement last week that Van Gaal would leave once the season was over due to a difference in "team philosophy".

"What we must do now is focus on clinching the second spot in the Bundesliga to secure our automatic qualification for the Champions League next season," added Rummenigge.

Bayern, who are also out of the German Cup, stand fourth in the Bundesliga, two points behind third-placed Hanover 96 and seven adrift of Bayer Leverkusen in second place with eight games left to play.

"It is a bitter result but we need to stick with it and keep going. We all know it is difficult but that is what we must do," said Rummenigge.