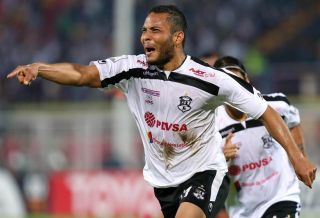 Last season's champions edged to a 3-2 win at home to Zulia, finishing two points clear of Apertura winners Mineros de Guayana – who they will face the final.

Juan Falcon scored a dramatic 90th-minute winner for Zamora, whose superior goal difference meant they only needed a draw.

But the hosts made a dreadful start on the final day of the regular season as Atahualpa Gonzalez gave Zulia the lead in the fourth minute.

By the seventh minute, Zamora were ahead as they responded superbly.

Herlin Cuica tapped in a cutback for Zulia just four minutes before half-time to make it 2-2 at the break.

Falcon sent the home fans wild in the second minute of additional time at the Estadio Rafael Agustin Tovar with the winning goal.

Mineros, who could have claimed the outright title by finishing top, recorded a 1-0 win at Deportivo Lara thanks to Louis Pena's 79th-minute goal.

Relegated Atletico El Vigia ended the season on a high after beating Carabobo 3-1 while Yaracuyanos, bottom of the aggregate table, suffered a 2-0 loss at home to Deportivo La Guaira.