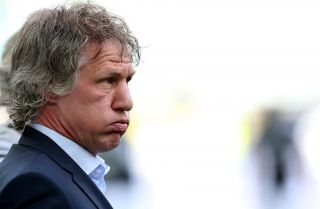 The Dutchman left the club a place and a point off the bottom of the German top flight - having only been in charge for just over six months.

After only one win in their last nine Bundesliga matches, a run that has left them five points adrift of safety, Nuremberg opted to dismiss Verbeek ahead of their three remaining games.

However, Verbeek - who was sacked by Eredivisie club AZ in September - says he had confidence in his players to turn their form around, adding that a lengthy injury list was partly to blame for their struggles.

The 51-year-old also explained an offer had been made for him to stay on at Nuremberg, even if they suffered relegation.

"It feels really bad to be fired twice in a year, first at AZ and now (at Nuremberg)," Verbeek said in quotes reported by Algemeen Dagblad.

"The technical director called me in the middle of a wedding - luckily I heard the phone.

"Life goes on. We had seven long-term injured players in a squad that was already limited. Then you know that you are going to have a hard struggle.

"The Bundesliga is a tough competition, everyone knows that. I wanted to fight this fight and I had confidence in my players. But it was not to be.

"This offer was made to ​​me last week and now suddenly it is no longer. I understand the turmoil within the club - mutual trust is gone."