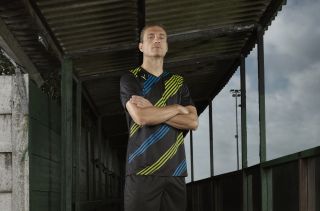 Despite lifting European trophies in each of the last two seasons, the Blues have endured turbulent campaigns. Andre Villas-Boas and Roberto Di Matteo were both removed from the managerial hot seat, while the appointment of Rafael Benitez was met with widespread derision from the Stamford Bridge faithful.

The West London club is a happy place once again after the return of the ‘Special One’ from Real Madrid, who guided Chelsea to two Premier League titles, two League Cups and one FA Cup during his previous tenure from 2004-07.

Table-toppers Chelsea travel to Old Trafford on Monday night having triumphed in their opening two Premier League matches of the season at home to Hull City and Aston Villa, and won on their last visit to United in May.

Speaking exclusively to FourFourTwo, Vidic expects the reinvigorated Blues to be one of the “big contenders to win the title” with Mourinho at the helm.

“Like us, they have a core of experienced players that have been at the club a long time,” he said. "Maybe the biggest thing this year, though, is the new manager, Jose Mourinho. I think it’s given everybody at Chelsea a big lift and there’s a lot of positivity around the club.

“I don’t think there was a lot of positivity towards Chelsea in the last few years – I think the media were quick to question the last few managers and they didn’t seem to give them a lot of time or support.

“Now, with Jose back, it seems there’s a real positive environment around the club again and that could be a big factor.”