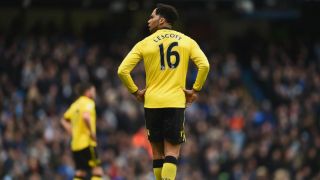 The 34-year-old, who joined Villa from West Brom in September 2015, had not featured for the Championship side this term, and has now penned a two-year contract in the Greek capital.

Lescott infuriated Villa fans for commenting that relegation from the Premier League was "a weight off the shoulders" and was close to joining Scottish giants Rangers earlier this month, only for the move to fall through after he failed to agree personal terms.

It has not been disclosed whether AEK have paid a transfer fee for Lescott, who accumulated 26 England caps, scoring one goal, and won the Premier League, FA Cup and League Cup during a five-year stint at the Etihad Stadium.

AEK were relegated from the Greek Super League in 2013 after their fans stormed the pitch during a clash with rivals Panthrakikos, but have since bounced back, finishing second in the top-flight last season.