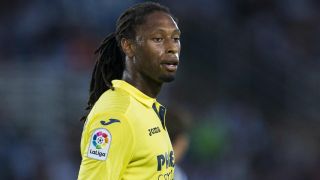 Villarreal defender Ruben Semedo has been charged with attempted murder by a Spanish court.

The 23-year-old, who has been remanded in custody without bail, also faces charges including "illegal detention, illegal possession of weapons and robbery with violence".

"The judge has charged the player with attempted murder, injuries, threats, illegal detention, illegal possession of weapons and robbery with violence."

Semedo, who was arrested on Tuesday, joined Villarreal from Sporting CP in a €14million deal last June.

His agent insisted the player denies the charges and claimed that most of the allegations are false.

"Ruben was victim of a fraud, of a huge trick, probably financial," he said to TSF before Thursday's court appearance. "In this situation, he didn't react very correctly, but he was the victim.

"What I have seen on Spanish television is a disgraceful situation, really bad. Ruben was not involved in that.

"The supposed kidnapping never happened. It's a total lie that there was a kidnapping and torture. The gun didn't belong to Semedo, although they found it in his house. [On Thursday] we will know more details in court and it will all be clear."

Defender Semedo has made only five appearances for Villarreal this season.