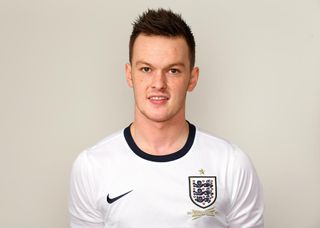 The 21-year-old midfielder follows in the footsteps of Wallace and Bertrand Traore to the GelreDome as Peter Bosz looks to build on last season's sixth-place finish.

A glut of players have made the same move in recent seasons including Christian Atsu and Patrick van Aanholt, who are set to play in the Premier League for Everton and Sunderland respectively this term.

Technical director Mo Allach is convinced McEachran has the qualities to succeed in the Eredivisie having monitored his progress closely.

"We know his qualities well and are convinced he can fulfill the role in our way of playing."

Vitesse are the fifth club McEachran has joined on loan from Stamford Bridge, his most recent spell away from the club with Wigan Athletic in the Championship.

Since making his Chelsea debut in the UEFA Champions League against Zilina in 2010, McEachran has struggled to break into the first-team, making just 22 first-team appearances, and once again he has been deemed surplus to requirements by Jose Mourinho.