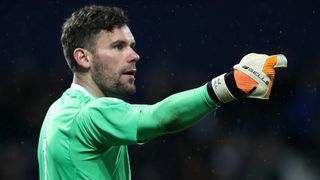 Watford completed the signing of Ben Foster from West Brom on a two-year deal.

The 35-year-old is well known to the Vicarage Road faithful after spending two consecutive seasons on loan with the Hornets from Manchester United during the 2005-06 and 2006-07 campaigns.

Foster - who has been capped by England eight times - featured in all but one of West Brom's Premier League games last season as they suffered relegation to the Championship.

He has made an immediate return to the top flight, however, with Watford holding an option over an additional 12-month contract should the goalkeeper impress.

The pair join Gerard Deulofeu, Marc Navarro, Adam Masina and Ben Wilmot as Watford's signings ahead of the new campaign.