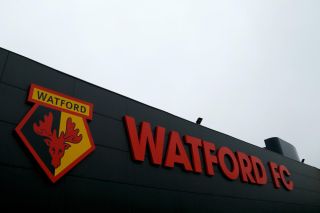 Watford have suspended a striker from their academy after he appeared to be involved in a fight at Royal Ascot.

Reece Miller, 18, is believed to be one of several people taking part in a mass brawl on Friday, with video footage later appearing online.

Some reports have suggested the fight, inside the Windsor Enclosure, was started after two men had bumped into one another accidentally.

Now the Premier League club have moved to suspend Miller after the footage came to light.

“Watford Football Club can confirm it has suspended third year academy striker, Reece Miller, and has launched a disciplinary investigation following video footage of a brawl at Royal Ascot,” a club statement read.

The Hornets have acted swiftly in suspending Miller pending their own enquiries into the incident – confirming “all disciplinary options” remain a possibility at this stage.

“We are treating this matter with the utmost seriousness. The club will not tolerate any behaviour which tarnishes its image and a full disciplinary investigation is now in process,” a club spokesperson said.

“As soon as the footage was brought to the club’s attention, an immediate decision was taken to suspend the player.

“He will now face an inquiry with all disciplinary options available to the club. There will be no further comment until the investigation is completed.”